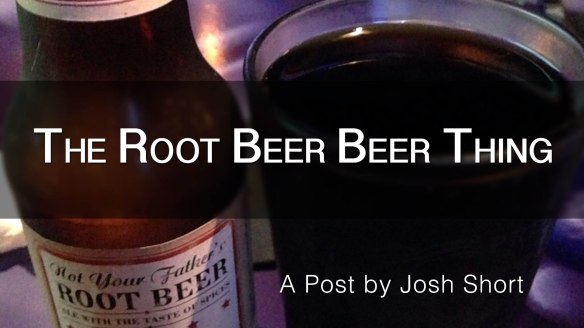 This weekend I had Small Town Brewery’s Not Your Father’s Root Beer, or as I like to call it: The Root Beer Beer Thing. It was…different.

I was in Charlotte, NC this weekend out at a bar named Brazwell’s (I recommend!). I was in the middle of a NoDa Hop Drop when I heard the bartender mention the “root beer beer.” I knew exactly what she was talking about since Twitter has been abuzz about it recently. I knew I had to try it. So I did.

I liked it. A lot. It tasted like a good but slightly flat root beer. Better than Mug or Barq’s or any of those. Mine was the 5.9% one. Apparently there is a 10.7% one as well.

The beer is sweet. Sweet like soda, not sweet like some ciders. It’s almost black, appearing just like root beer sans ice and much less bubbles. 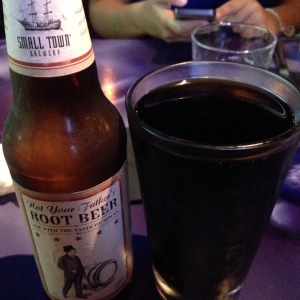 Have you had it yet? What do you think?

Pretty much everyone I was with tried it (maybe 8 out of 10 people?). Every single one liked the taste and said they could drink 15 of them. I was on that boat too until I finished mine. I really don’t see how you can have more than two of them before wanting to move on to something else.

I will drink this again. And I know I will like it. However this, to me, is NOT a beer. Yes it’s from a brewery. It comes in a glass bottle. It says beer on the label. But it is much more of a specialty beverage akin to Zima, Jones Soda and Cran-Brrr-Ritas.

Try it out for yourself and let me know what you think in the comments!